Dedicated and motivated to overcome the language and cultural barriers

I experienced that these courses failed to recognize those foreigners who really wanted to achieve something in The Netherlands and I felt the need to change that. In addition to learning the Dutch language in a fun and decent way, it appears that these enterprising foreign people often like to know more about the Dutch culture and want to find their way around the Netherlands.

Through my own Romanian background and passion to achieve something in my life, I know better than anyone that people need to have the feeling of belonging and to develop this further, so that they can overcome the language and cultural barriers and have a good future to build on.

The Netherlands is a beautiful country with many possibilities

I have lived and worked in The Netherlands since 2006. I am fluent in the Dutch language and I am knowledgeable about the Dutch culture and important legislation. The Netherlands is a beautiful country with unprecedented opportunities, so I have set the goal to help dedicated and motivated foreigners to communicate without borders, so that they can achieve their goals whilst living in the Netherlands! 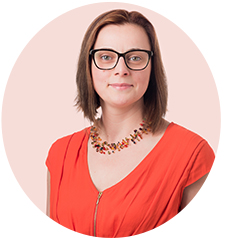 Integration of high educated students Integration of your foreign employees
We gebruiken cookies om ervoor te zorgen dat onze website zo soepel mogelijk draait. Als je doorgaat met het gebruiken van de website, gaan we er vanuit dat ermee instemt. We use cookies to ensure that our website runs as smoothly as possible. If you continue to use the website, we assume that you agree.OkMeer lezen